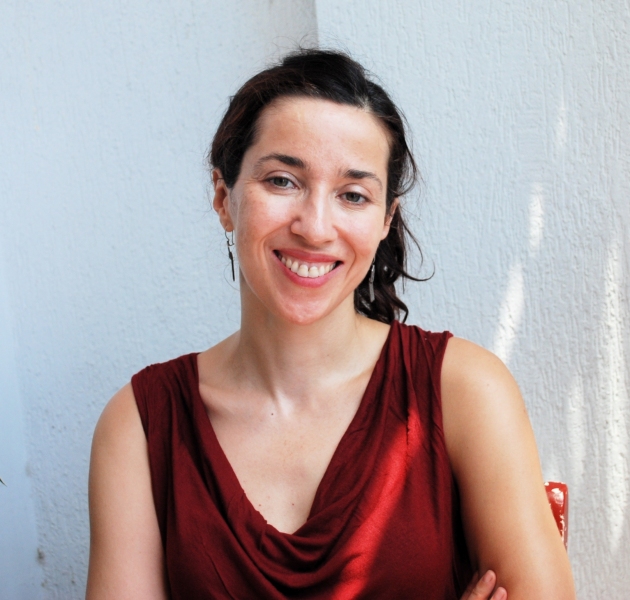 As a freelance foreign correspondent, I spent most of the past decade living in the Middle East, where I specialized in reporting on politics and civilian life in war-torn countries. I was a special correspondent for The Christian Science Monitor in Baghdad (2003–2004) and The New Republic in Beirut (2005–2007). My writing on culture, politics, and the Middle East has also appeared in The New York Times, The Washington Post, Time, Newsweek, Foreign Affairs, Foreign Policy, Granta, and The Nation.

I used my years of experience to write an award-winning book that framed war in the Middle East as no one else had—by focusing on civilians and their daily struggles over food. Day of Honey: A Memoir of Food, Love, and War (Free Press, 2011), was a mixture of memoir and reportage about civilian life during wartime in Beirut and Baghdad. It won critical acclaim from The New York Times, The Washington Post, The Globe & Mail, The Christian Science Monitor, Slate, Salon, Bookforum, The Nation, Kirkus, Library Journal, and other outlets. In its review, The New York Times called the book “among the least political, and most intimate and valuable, to have come out of the Iraq war.”

I began my professional journalism career as an editor at City Limits, an award-winning New York City newsmagazine that covered housing, poverty, government, and economic development. As a senior editor, I wrote and edited stories on city politics, taxi drivers, refugees, construction workers, and homelessness. My December 2002 cover story, “Coney Island High,” which examined the legacy of urban renewal through the life story of a recovered drug dealer, was a finalist for the Freedom Forum’s Excellence in Urban Journalism Award and the Harry Chapin Media Awards.

In 2003, after the U.S. invasion of Iraq, I moved to the Middle East. Over the next fifteen years, I covered some of the most important news stories of our time: the capture of Saddam Hussein, the rise of the Iraqi insurgency, the 2006 war between Israel and Hezbollah, Bashar al-Assad’s repression in Syria, the Arab revolutions, and the region’s ongoing Sunni-Shiite conflict.


I specialize in stories that show how the larger politics of the region play out in everyday civilian life. For example, I wrote a story about the Syrian government's "kneel or starve" campaign of siege warfare in southern Damascus—and how people fought it by planting urban gardens.


When Day of Honey came out, in February 2011, conventional wisdom held that after ten years of foreign wars, Iraq was the last thing most Americans would want to read about. “Middle East fatigue” is how one publisher described it to me.

And yet my book, because of its focus on characters and everyday lives, earned an outpouring of responses. Readers sent me emails saying the book had made them see the region in a completely different way: “First time I could see the Middle East's religious conflicts impact on people,” wrote one. Another said the book “gave me the window to the Middle East that I wanted to look through... rather than the media's vision.” People I had never met invited me to dinner at their homes. Others emailed to ask what had happened to people in the book. I spoke at universities, libraries, bookstores, literary festivals, and book clubs. I was invited to lecture on food, war, and the Arab revolutions at places like the Chicago Council on Global Affairs, the Iraqi Cultural Center in Washington, D.C., and the Library of Congress.


In 2012, I was appointed as Journalist in Residence at New York University’s Abu Dhabi campus, and invited to develop and teach an undergraduate journalism course. The course I designed, “Food in the Global Kitchen,” used food to teach writing and reporting skills through a multi-disciplinary approach that encompasses economics, history, the social sciences, and environmental studies. Course readings ranged from medieval Arabic food poetry to classics of journalism, economics, literature, and contemporary scholarship on global food culture, with a focus on Islam, migration, and the Middle East.

I am currently researching my next book, about food, economic violence, and wealth accumulation during World War I.